How to earn income through cryptocurrency mining & staking 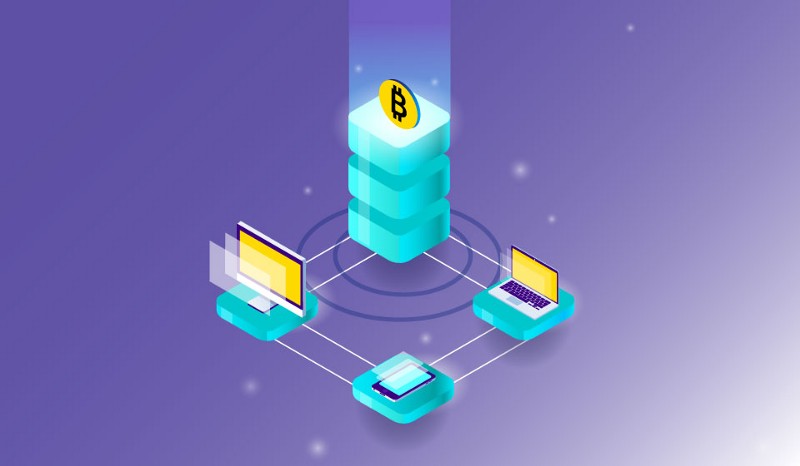 As we all know, money doesn’t grow on trees. In fact for many of us, it can only be earned through some sort of exchange with time.

What if there was a different way to earn money? What if you could quickly and easily set up a side stream of passive income?

With blockchain and cryptocurrencies, this is now possible.

And despite what you might have heard, it doesn’t have to be very difficult either.

At the most basic level, all you need is a small computer, some cryptocurrency, and a decent internet connection. With the emergence of blockchain technology and a low-barrier to entry, mining or staking cryptocurrencies has never been more popular.

That being said, there is a plethora of coins out there to mine, and each has their own unique mechanism for minting new coins. Some can be extremely easy and cheap to operate, while others can be very difficult and expensive.

What is the purpose of mining cryptocurrency? How does it work?

In general, the mining process creates 2 desirable results for the blockchain:

It both creates new coins (as a reward), and provides security through transaction verification.


There are two primary methods for verifying transactions on a blockchain network; Proof of Work (PoW) and Proof of Stake (PoS). Both offer a variety of profitability levels for the miner/staker.

The foundation of PoW is based on an intense mathematical competition, where miners race to solve a puzzle in order to win the opportunity to verify a block of transactions. After the block is verified and has confirmed with everyone, the miner receives a set reward in the form of newly minted coins. This process requires a massive amount of electricity. While the energy consumption of PoW ends up creating robust immutability, it has many more disadvantages. These downsides include extremely high power costs(needed to run the computers and cooling systems), expensive equipment, ever-changing hardware and growing competition from other miners. Over all, these barriers can make it very difficult to earn a profitabile income. The high upfront costs restrict mining to a select few, which leads to centralization — or in other words, network vulnerability. Due to the fee structure of PoW, miners have a direct incentive to confirm higher fee transactions, while overlooking the smaller ones. This can result in a reduction of the number of verifications, bogging down the entire blockchain.

The foundation of PoS is quite different. Instead of miners, it involves coin holders who maintain a simple connection to the network. Where Pow requires quadrillions of attempts to solve a puzzle, PoS blocks are awarded through randomized chance. Called “Staking”, this method of verification is significantly cheaper and more environmentally sustainable. Anyone with a small computer, a solid internet connection, and coin holdings can passively earn stake rewards. As far as security goes, PoS also has a very strong resilience against attacks. For traditional PoS-based blockchains, the chance of winning block rewards is strictly based on the amount of coins held in a wallet. A higher coin balance leads to a better chance of receiving a reward. This method has worked well, but still has some drawbacks.

The main problem with traditional PoS is that “coin age” is not taken into account.

An example of the coin age problem:

Alice: Has a balance of 100 coins, and immediately begins staking.

Bob: Has a balance of 1,000 coins, and begins staking an hour after Alice.

By the time Bob begins staking, Alice has already been at it for an hour. Since Bob has a much larger balance, he immediately has a 10X larger chance of winning a block over Alice.

For Alice, this would be very frustrating. What’s the purpose of trying to validate transactions for a reward, if a larger player can simply enter later on, and have a higher chance of winning?

These drawbacks have led to the design of PoS 3.0, the most advanced Proof of Stake system to date. With PoS 3.0, the stakers’ balance must be connected to the network for a specific amount of time before block rewards can be received. Dubbed “coin maturity” this provides more of a fair chance for all stakers to win a block, and receive a reward. To compliment this feature, the probability of receiving a block reward also changes based on the number of people currently staking. So if fewer people are staking, the rewards will be higher for those who do stake.

More importantly, this creates a direct incentive for users to stay connected to the network, which equates to stronger security.

In addition, PoS 3.0 offers a few other advantages as well. It allows multi-signature accounts to stake. So if a business has a joint account, they can also contribute to the security of the network. This is decentralization at it’s finest. The more users that stake, the merrier!

Here at BitBay, decentralization is imperative. Without it, our network becomes vulnerable to both internal and external attacks. BitBays base-layer protocol was designed to be as decentralized as possible. This is why we use PoS 3.0. BitBay wants everyone to participate, and profit from the process. The BitBay coin maturity is set at 120 blocks, or roughly 2 hours. So as long as you keep your wallet connected and unlocked after that period, you will be eligible to earn stake rewards. The stake reward for BitBay is 20 coins per block. To calculate your stake rewards over time, check out our quick and easy staking calculator.

So how can I start staking with BitBay?

Staking with BitBay is easy. We suggest that you start by using our staking calculator to set your expectations of profit before getting started. To begin, you must download either the BitBay Markets Client wallet, the BitBay QT wallet, or purchase the BitBay Staking Box. Once the coins are in your wallet, all you have to do is check the “enable staking” box in settings, and then unlock your wallet. After that is completed, you will be staking after roughly 2 hours. Everything is automated, and requires no more effort on your part. You will be eligible to earn rewards as long as you stay connected to the network.

Some more details on BitBays PoS 3.0:

There are many ways to earn money these days. You may have heard the saying “Time is money” With the emergence of cryptocurrencies and blockchain technology, that phrase can now be “Proof is money”.

Want to download our free marketplace platform and use it yourself?

Feel free to join our rapidly growing community of users on our forum, here.