What’s on the Horizon for Cryptocurrencies? 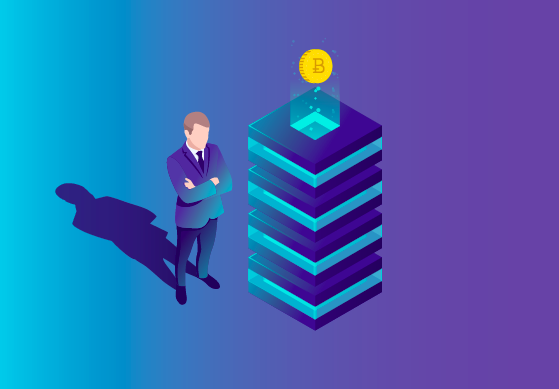 Our lives have become connected with the digital world in many ways. Those of us that lived through the advent of personal computing, the internet, or cellular phones know how these technological advancements have changed our lives forever. Blockchain technology, the underlying architecture behind cryptocurrencies is quickly changing the way we do business.

‘Due diligence’ is highly recommended these days and rightfully so. Hundreds of digital currencies have failed to stand the test of time, and it’s fair to say speculation has been a monumental issue. Misinformation is something to be wary of, and it’s found in abundance. Speculation contributes to an existing issue with cryptos: High Volatility.

Unfortunately speculation has serious effects on market prices. Press releases and market conditions result in investors trading according to what they believe will profit them sooner rather than later. The fluctuation of coin prices has prompted handling cryptocurrencies like a stock or asset, instead of treating them as a currency. With some saving accounts netting below zerointerest rates these days, more people have begun exploring crypto as a short term investment.

Many people in this space have been day trading, since many cryptocurrencies experience sudden unpredictable changes in their value. This is a hugeproblem, as the value of ANY currency is dependent on the stability of its purchasing power. Such high levels of inflation or deflation in a currency effectively make them cumbersome as mediums of exchange.

How could either party in a transaction choose the correct price if the value of the money being used is always fluctuating?? They can’t.

Crypto investors can move large amounts of money very freely, and in an instant media reports can influence prices. The ability of coin projects to consume limitless speculative money, and the subsequent trading, stamps most digital currencies as questionable exchange tools. This won’t be the case in the future.

A centralized peg is fixing the value of a currency to the value of another currency, multiple currencies (basket), or something else of value. Many attempts to peg cryptos directly to FIAT, assets, or commodities have been unsuccessful.

When cryptocurrencies are converted back to FIAT, depending on the situation the options can be limited and expensive. If not using peer-to-peer solutions, investors are subject to the fees and regulations of the centralized exchanges that they are using, so a centralized hard peg to fiat is not optimal in the decentralized environment that cryptocurrencies bring. Pegs have previously been broken by system hacks that reduce the perceived security and value of coin projects, but more concretely the centralized company that manages this centralized peg can be shutdown by governments, can decide to shutdown/run away, or can become insolvable. Centralized pegs also tie digital currencies to the actions of the institutions controlling the FIAT, such as governments and central banks. This centralization is typical of some cryptocurrencies, including those in development by national banks.

How will cryptocurrencies be stabilized in the future then?

BitBay is home to the first fully functional decentralized marketplace. Very soon we are releasing an innovative solution to stabilize the value of our digital currency ($BAY). A dynamic peg limits price fluctuations based on a decentralized user voting system, in which coin holders choose if they want the total supply to increase, decrease, stay the same or allow an algorithm to decide for them.

Based on the voting results, a fraction of everyone’s Bay is temporarily frozen in reserve, leaving fewer $BAY liquid. This increases the liquid supply’s value, and conversely the voting can result in unfreezing the reserve decreasing the value of the liquid coins relative to the amount of reserve that is becoming liquid. The frozen coins can still be traded or sold, however a time lock is coded to delay the transfer until that specific period of time is over, which is one month. This dynamic peg is unique as it allows $BAY to be used as a stable medium of exchange, eliminating value concerns during the transaction process. A decentralized way to protect the $BAY currency from high volatility, hence profiting from stability, but in the long term the free market remains so the price can grow upwards.

Here’s a question that has the crypto community holding the edge of their seats:

How are digital currencies going to be regulated?

There are serious concerns how regulation could limit the effectiveness and anonymity of cryptocurrencies.This topic is quite complicated as international use and trade standards haven’t been established for this asset class.

In the United States, the Securities and Exchange Commission (SEC) has been actively seeking new ways to regulate this sector of the economy. Initially, federal agencies did NOT have the authority to request customer registration, transaction reports, or compliance with security checks. However the SEC has now defined most cryptocurrencies as securities or digital assets. Based on their own set of guidelines for securities, the SEC now subjects cryptocurrency exchanges to all applicable laws as well.

Few crypto exchanges are adhering to the SEC rules. To the SEC, labelling a trading platform an exchange implies that regulation standards are being followed which still isn’t true for many exchanges.

One of the few legal exchanges in the US, Coinbase is now required to follow the Bank Secrecy Act (BSA) among other laws. The BSA requires customer identities and transactions to be recorded.

Does that sound decentralized or anonymous?

Some countries have even taken regulation a step further. The cryptocurrency market in South Korea is believed to be among the top in the world, but the government has already banned ICO’s and anonymous trading on centralized exchanges. Their primary goal was to hamper speculation not the market, and to prevent money laundering related crimes.

Meanwhile China has banned ICO’s and domestic exchanges as well, purportedly with plans on creating national cryptocurrency. The plan is said to digitize assets in a manner that reliably upholds accountability and standardizes blockchain use within China’s economy. More countries are expected to create national cryptos once the technology is further developed and proven. If nations create their own cryptocurrency they will be subject to all related federal regulations.

Blockchain technology and cryptography has created an avenue for any information to be shared privately, securely, and on the cheap. One key element is the removal of intermediaries that normally create lag and add expense to transactions.

People in impoverished or dictatorial areas need ways of sending money nationally & internationally. Family members have to pay large fees to banks or wire transfer companies. There are people living in areas where credit agencies and electronic payment systems are unavailable. This limits national or international economic connectivity through decreased market participation and access. Cryptocurrencies will eliminate the cost and liquidity problems in these situations, having positive social implications for those that have the most to gain from market access.

Contracting platforms like BitBay’s Markets Client allow users to buy, sell, trade, and create smart contracts. Beyond use for purchases, our marketplace has the ability to enforce smart contracts without intermediaries. Using a double deposit escrow system, all parties are motivated to act honestly, making business deals safer.

With BitBay, honesty is incentivized.

The accountability built into the smart contracting systems will eliminate intermediary roles and counterparty risk, streamlining the flow of information. We see so much market consolidation these days, large organizations and governments are two places where bureaucracy is detrimental. Fiduciaries and government bureaucrats will be less needed when blockchain technology develops further. Cryptocurrencies will redesign various institutions from the inside out.