How Long Do Investors Plan on Holding Bitcoin? 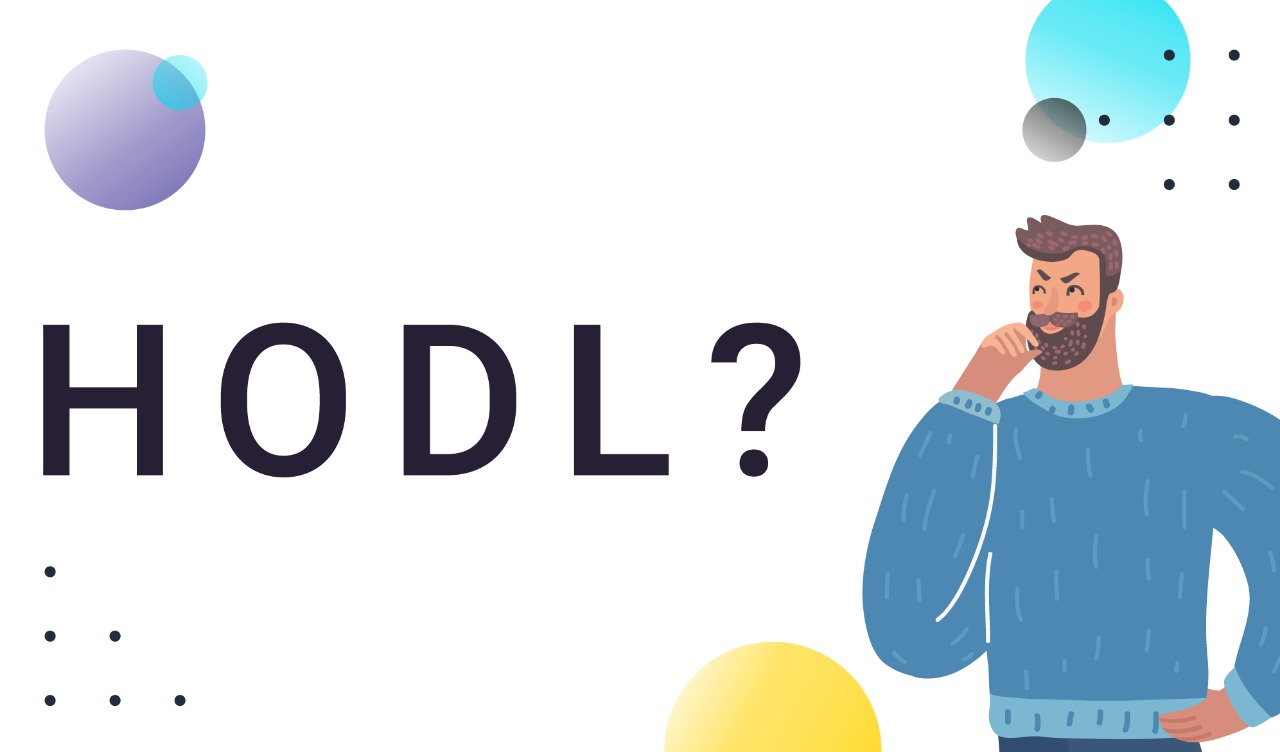 In any market, let alone the cryptocurrency market, it is dangerous to make predictions - even if you believe you have evidence to support your claims. Cryptocurrencies are different from any currency or asset that has existed before and similarly the behavior of the market has been difficult to understand or predict.

Cryptocurrencies, at least so far, haven’t necessarily behaved like markets we are familiar with. While we can examine previous market events and attempt to draw conclusions from what has happened, there are numerous factors at play making causation-type statements a risky endeavor. Any market event likely resulted from a complicated combination of variables.

That said, as humans our curiosity drives us to understand and explain the world around us. The advent of Bitcoin and the news surrounding its’ spikes and dips has market observers and investors thirsting for insight to help predict the future of the world’s first cryptocurrency.

Transactions as an Indicator

Transaction frequency is a potential indicator of Bitcoin holding. Since Bitcoin’s network strength has become increasingly accepted one might imagine that it’s being used in transactions more frequently than ever, however, this isn’t true.

It’s well documented that 2017 was the strongest year for Bitcoin as the price greatly increased over that period as well as the overall number of Bitcoin blockchain transactions. However, the end of 2017 marked a decrease and subsequent flatline in transaction count that has continued through 2018 so far. Bitcoin is generally being held by investors right now but this can certainly change at a moment’s notice.

A contributor to the spike of Bitcoin transactions during 2017 and the boost in overall traded value (USD) is partly because numerous exchanges were attempting to capture as much of the crypto trade market as possible. Exchanges were developing and there was a fervor to obtain enough of the flagship cryptocurrency to meet high demand in the market. A few things which greatly boosted demand for cryptocurrencies in 2017 was increased public trust and knowledge of digital currencies, belief that there is true value in them, and an increase of Bitcoin-focused news coverage.

Blockchain bloat has slowed down TPS (transactions per second) for the Bitcoin network and block verification can take hours, and these factors could account for the decreased transaction count we are observing. The PoW protocol that Bitcoin uses has driven electricity costs skyward and the average cost of transactions in the Bitcoin network rose to over $50 USD in parts of 2017, potentially discouraging spending and trading. So far in 2018, the average transaction cost has fluctuated between about $.50 and $26 which is extremely high among cryptocurrencies, and block confirmation times continue to be large.

Segregated Witness, or SegWit, is a new Bitcoin protocol that uses an off-chain network to help alleviate TPS issues with the original Bitcoin blockchain. The creation of Segwit was motivated by the high fees and low speed associated with Bitcoin transactions. and it actually separates signature data from transaction data within each block. By doing this the capacity of each block has effectively been increased, resulting in lower fees and faster transaction processing. The market was slow to adopt SegWit at first since using the protocol is voluntary, however, it’s estimated that 40% of all Bitcoin transactions are now using Segwit. If this pattern continues it’s likely that Bitcoin transaction count will rise.

Something that may skew figures of Bitcoin transaction count in the future is the development of off-chain payment channels through networks like the Lightning Network (LN). LN, like SegWit, was created to alleviate low TPS and high fees. This is done by using LN’s separate off-chain decentralized network which allows Bitcoin to change hands without always needing to communicate with the original Bitcoin network.

Since LN is a separate network the cost of transactions stays low until funds are sent back to an exchange account or external wallet, which then requires action from the Bitcoin blockchain. One million+ TPS for Bitcoin can be done with LN, and the Bitcoin network would be far less tasked as many of these transactions can occur off-network. If LN is greatly utilized in the market, measures of transaction count, numerically accurate ones, would appear low while Bitcoin transactions would actually be happening more frequently than ever before.

Volatility naturally has a huge effect on how long investors hold Bitcoin. Similar to any trade market, volatility has a strong correlation with market activity- they are mutually inclusive. If everyone sells price drops if everyone buys price rises. If you examine charts of Bitcoin volatility and transaction activity, ignoring smaller fluctuations, you can see that the shape of the curves is very similar at multiple points in time.

Keeping this in mind means reminds us that speculation affects Bitcoin holding to some degree. When investors of the world were first exposed to Bitcoin and digital currencies the media had great influence on market activity, resulting in extreme volatility. A few years later, we like to think that investors have improved at filtering accurate information from the news. People are learning more about cryptocurrencies as time passes and as public knowledge accumulates we can be hopeful that false reports will be diminished.

Another factor affecting Bitcoin holding is the availability of alternatives cryptocurrencies that have entered the market.

Bitcoin has been labeled by some as the tide that raises all ships in the cryptocurrency market. If you examine charts comparing the price of Bitcoin and altcoins (cryptocurrencies that are not Bitcoin) generally there is a positive correlation.

Perhaps cryptocurrency exchange structures are playing a role. Investors wishing to purchase altcoins usually must buy Bitcoin on exchanges beforehand, since many don’t permiss altcoin purchases with fiat money. Once an investor purchases Bitcoin they can buy altcoins - possibly accounting for some of the correlation.

“Herd mentality” has a negative connotation, although it's a useful term to describe “group-think” behavior. Bitcoin is the center of the crypto-economy and the symbol of a new industry. This position means any market speculation (valid or not) often influences the entire market to act like a herd of cattle and follow each other. In the current market, it’s possible that a cycle exists where Bitcoin owners continuing to hold while they see others doing the same.

In some instances maybe this type of behavior would be wise. For a moment consider that some altcoins are based off Bitcoin’s open source code. If a fatal security flaw in the software or network was discovered overall trust in blockchains and cryptocurrencies would likely plummet. This would create a selling panic and diminish prices rapidly. In this fictional scenario, it might be understandable for holders to ‘follow the herd’ and sell, as security and immutability are two of the crown jewel features of Bitcoin and other blockchains.

Despite the correlation of price and transaction volume between altcoins and Bitcoin, it has become clear that the market doesn’t always behave predictably. As the saying goes, correlation doesn’t equal causation. Altcoins typically exaggerate Bitcoin market dips but not market spikes, showing there isn’t always a strong positive relationship between the two. Altcoins are pumped and dumped more often than Bitcoin and at a higher rate, especially when examining short periods like 24 to 48 hours.

It’s possible that altcoins are actually driving Bitcoin holding behavior in some regard. For use as a medium of exchange, it appears some people are moving away from Bitcoin and using altcoins instead.

Altcoins have been developing to avoid the problems plaguing Bitcoin and its use of the PoW (proof of work) protocol. Some cryptocurrencies have been created to serve a specific purpose or for very defined types of purchasing, creating a unique market niche for them. People are increasingly using altcoins for transactions and maybe this accounts for some of the increased holdings of Bitcoin.

Bitcoin’s method of block verification requires network nodes to compete with each other to solve complex mathematical processes, and nodes are rewarded with Bitcoin for solving the block. This is called PoW (Proof of Work). A lot of electrical energy is wasted in this system as thousands of machines compete with each other to verify each block and the winner is the machine that can compute the fastest. Due to the high electrical costs of running a Bitcoin node (supercomputer), the block rewards must be adequate to encourage nodes to stay active in the network, resulting in high transaction fees for users to make mining worthwhile for nodes.

BitBay uses the PoSv3.0 (Proof of Stake 3.0) protocol which dictates that block verification(staking) is based on network connectivity and random chance, not access to the fastest supercomputer like with Bitcoin. Each user connected the BitBay network has a chance of receiving a stake reward, which is similar to Bitcoin, however, there is no dependence on specialist computers. Wasting electrical energy is expensive for users and bad for the environment, and node competition in Bitcoin mining means that the network has become a centralized pool of supercomputers requiring large hardware and utility costs. This centralization discourages new users from joining the network if they don’t own supercomputers because there’s no benefit to waste their electricity as a node if there’s no chance of a block reward. This limits the size and growth of the network.

In PoS the miniscule transaction fees are accrued and given to the block verifying node. Since these fees are so small, a block reward is used as an incentive to join and maintain the network. In PoS 3.0 coin age is taken into account which motivates nodes to remain connected to the network. The longer a person holds their coins the higher their probability of winning a block. Transaction fees are very small, in fact, less than a penny! This means you can make a purchase of any size without large fees to worry about.

BitBay was designed to be used as a currency and as an investment. Volatility in a currency makes it risky to use, and BitBay is proud of our volatility solution called the Dynamic Peg. The Dynamic Peg is a decentralized price control mechanism to eliminate large price fluctuations. Our dynamic peg uses votes from users and an algorithm to determine which direction the price should move, which removes central authorities from the equation. From an investment standpoint, the Dynamic Peg also promotes healthy price growth over longer periods to help the network grow in a sustainable way. Check us out today and see how BitBay is the future of free markets.